I've been making stuff pretty much all my life. When I was younger I wanted to be a Blue Peter presenter, just so I could make things. It was only when I discovered that the presenters hadn't actually 'made this one earlier', that I got to thinking about a career in making stuff.

I made props and painted sets on school productions and then at University whilst studying Media I found myself set dressing and sourcing props on many of my fellow student's films.

However, never thinking that I could make a living out of making stuff, I started down the path of becoming a director.  Initially starting at BBC Radio 4 as Broadcast Assistant I worked my way through to being a studio and location director at Cbeebies.  Whatever my allotted role was, I always offered to make some props, dress a set, alter some costumes or on one show, design room make overs.

So when I took redundancy in 2008, I decided to try and see if I could make a living from making stuff.  Six years later I've made props and set dressing for TV, films, museums, retail outlets and four large internationally televised theatrical events. I also discovered that I could be the person 'who made one earlier'.

Three fun facts about me

I was born on the 29th February, so I'm not even a teenager yet.  I was in two of the Harry Potter movies and I have my own limited edition autographed trading card.  The first competition I won was to guess how many Lego bricks there were in a model of Concorde, the answer was 21,465 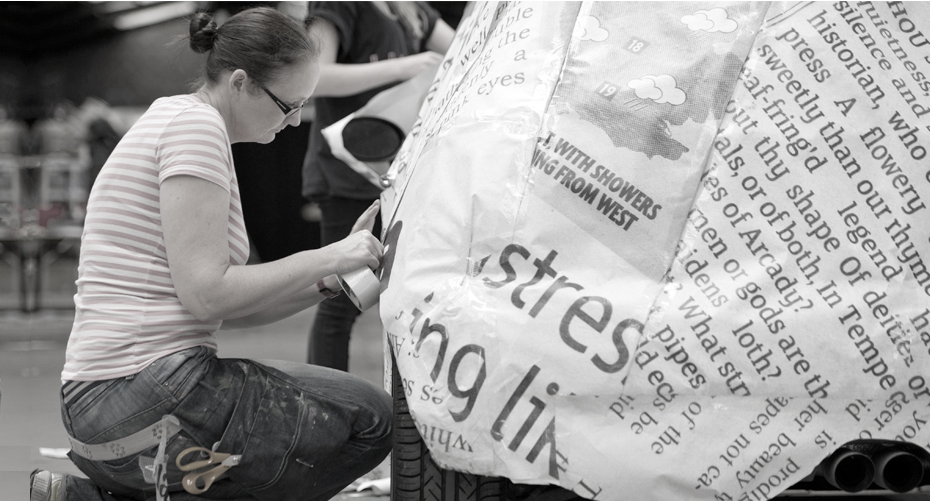